CHRISTIANSBURG — Deborah Stump knows first-hand what it used to be like answering a 911 call in Montgomery County. 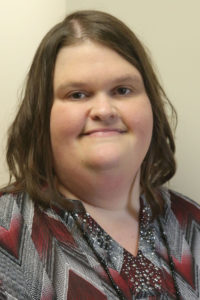 “I started with pen and paper,” Stump said.

Stump began as a dispatcher for the Christiansburg Police Department in 1999, working out of a room she said was about the size of bathroom.

Today, she is one of six administrators overseeing 36 full-time 911 dispatchers at the New River Valley Emergency Communications Regional Authority’s new joint call center, which became fully operational on the fourth floor of the county’s Public Safety Building on Main Street, in July.

In a roughly 2,500-square-foot room, 12 dispatchers work around the clock at computer monitor-covered stations to answer emergency calls from Blacksburg, Christiansburg, Montgomery County and Virginia Tech.

Previously, each of those calls went to one of the four localities’ individual and much smaller locations, but by the end of July each group had migrated to the joint multi-million dollar center.

Thursday the call center was put on display during its first media day.

The authority’s Executive Director Donna Brown said having all 911 and non-life-threatening emergency calls answered in the same room should streamline the process of assisting callers by reducing the time it previously took to transfer calls between localities.

The phone number for non-life-threatening emergencies in Montgomery County is 540-382-4343.

The center is governed by its own five-person board of directors, which is the only one of its kind in the state. Other regional call centers are run by one of the participating localities, Brown said.

Board member and Virginia Tech Vice President of Administration Sherwood Wilson said, “This is a great example of what regionalism should be about.”

Fellow board member Montgomery County Administrator Craig Meadows said making the center a reality took not only getting each of the emergency agencies on board, but also the elected officials from each jurisdiction.

“It’s a huge number of folks that all had to come together with the same mindset and we’ve been very fortunate,” he said.

Along with the dispatchers’ new work space, the fourth floor also includes sleeping quarters and a kitchen, which will allow workers to stay there during inclement weather periods.

Brown said the renovations of the fourth floor cost $2.1 million, which the authority received in the form of a bond from the county – and is paying back monthly.

The technology, equipment and transition to the facility cost about $2.5 million, $1.7 million of which was supplied by the participating localities while the remainder came from a handful of grants.

Brown said she believes the center is just one step in the authority’s overall evolution. She said it is scheduled to add a text-to-911 service and get the certifications needed for dispatchers to give basic emergency medical guidance to callers within the next year. 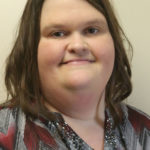 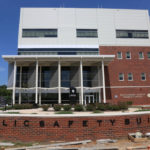 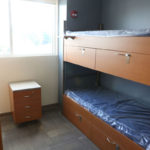 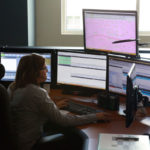 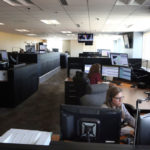